The conference will include 8 oral sessions where invited speakers will introduce their session by addressing key challenges in the field and asking provocative questions regarding the direction of the field. Session topics and Invited speakers are:

Dr. Ehlis is the Group leader of Psychophysiology & Optical Imaging in the Department of Psychiatry & Psychotherapy, University Hospital Tuebingen, Germany. After completing her graduate studies (Psychology) at the Heinrich-Heine-University Duesseldorf in 2001, she started working as a research assistant at the Psychiatric University Hospital Wuerzburg in the group of Andreas Fallgatter (Psychophysiology & Functional Imaging) where she first started working with fNIRS. After finishing her PhD on the topic of frontal lobe functions in schizophrenia in 2008, she accepted a position at the Psychiatric University Hospital of Tuebingen in 2010 as scientific head of the newly installed group “Psychophysiology & Optical Imaging” with fNIRS as the core research method. Her research interests include: Application of fNIRS in neuropsychiatric research; methodical development of fNIRS; multimodal functional imaging (e.g., combined fNIRS/EEG; combined fNIRS/fMRI); noninvasive neuromodulation (e.g., fNIRS-based neurofeedback trainings, rTMS, tDCS); frontal lobe functions and pathological alterations; action-monitoring and cognitive control processes/executive functions.

Dr. Diop is an assistant professor in the Departments of Medical Biophysics and Biomedical Engineering at Western University, London, ON, Canada, where he leads the Translational Biophotonics Lab. His work focuses on developing optical devices and advanced data analysis methods for monitoring tissue perfusion and metabolism. Some of these technologies are currently used for neonatal neuro-monitoring.

Dr. Fischer is a Professor and the Chairman of the Department of Anesthesiology and Critical Care Medicine, Memorial Sloan Kettering Cancer Center, New York, NY. Dr. Fischer is a board-certified anesthesiologist with specialty training in cardiothoracic anesthesia and critical care medicine. Among his many research interests Dr. Fischer for more than 15 years has investigated and supported the use of cerebral oximetry for noninvasive monitoring of brain oxygen levels during surgical procedures.

Dr. Cutini is an Associate Professor in the Department of Developmental Psychology, University of Padua, Italy. He is the director of the functional Near Infrared Spectroscopy Laboratory. He has been using a  multidisciplinary  approach  in  the field of cognitive psychology (e.g., computational modeling, behavioral methods, neuroimaging). His current  research  interest  revolves around  cognitive  neuroscience and his research activity is mainly focused on the behavioral and neuroimaging investigation of cognitive control, visual short-term memory, numerical cognition.

Dr. Shimada is a Full Professor at the School of Science and Technology, Meiji University, Japan, with expertise in neuroimaging techniques, including functional near-infrared spectroscopy (fNIRS) and electroencephalography (EEG). He is the director of Cognitive Neuroscience Lab at Meiji University. His research interest mainly lies in social cognitive neuroscience, ranging from self-body recognition to the mirror neuron system and inter-brain interaction.

Dr. Paola Pinti is the Senior Research Laboratory Developer at Birkbeck College, London, UK and previously a Research Associate in the Biomedical Optics Research Laboratory in the Department of Medical Physics and Biomedical Engineering at University College London (UCL). Her research involves the use of fNIRS in the field of cognitive neuroscience and, in particular, of the new generation of wireless and wearable fNIRS devices in naturalistic environments. More precisely, her work focuses on the development and implementation of new algorithms and tools for the analysis of fNIRS data collected in more ecologically-valid settings with unstructured cognitive tasks. Her current role involves the development of a new Toddler Lab that integrates cutting-edge wearable technologies like fNIRS, EEG, motion capture, eye-tracking in an immersive Virtual Reality environment for the study brain development in ecological settings.

Dr, Hong is a Full Professor at the School of Mechanical Engineering, Pusan National University, Korea. Dr. Hong received his B.S.M.E. from Seoul National University (1979), M.S.M.E. from Columbia University (1987), M.S. in applied mathematics and Ph.D from UIUC (1991). His current research interests include fNIRS, brain-computer interface, nonlinear systems theory, adaptive control, robotics, and innovative control applications in brain engineering. He was the EiC of JMST (2008-2011), President of ICROS (2015), and is the EiC of IJCAS and the President of Asian Control Association. He is a Fellow of IEEE, ICROS, and the Korean Academy of Science and Technology.

Dr. Yamaguchi is a Full Professor in the Department of Psychology, Chuo University, Japan. Dr. Yamaguchi lab has been using fNIRS since 2007 to explore the development of facial processing abilities in infants. By measuring the hemodynamic responses in infants’bilateral areas, she has succeeded to prove that a variety of face processing effects that have been reported in adults, such as the face inversion effect, the frontal-profile face-view processing, and the perceptual narrowing effect, already occur around the age of 7 months old. By using this know-how, she extended her research to the field of categorical color perception. She provided the first evidence that categorical color perception arise before the development of linguistic abilities. 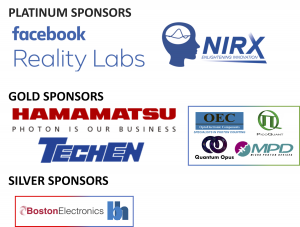